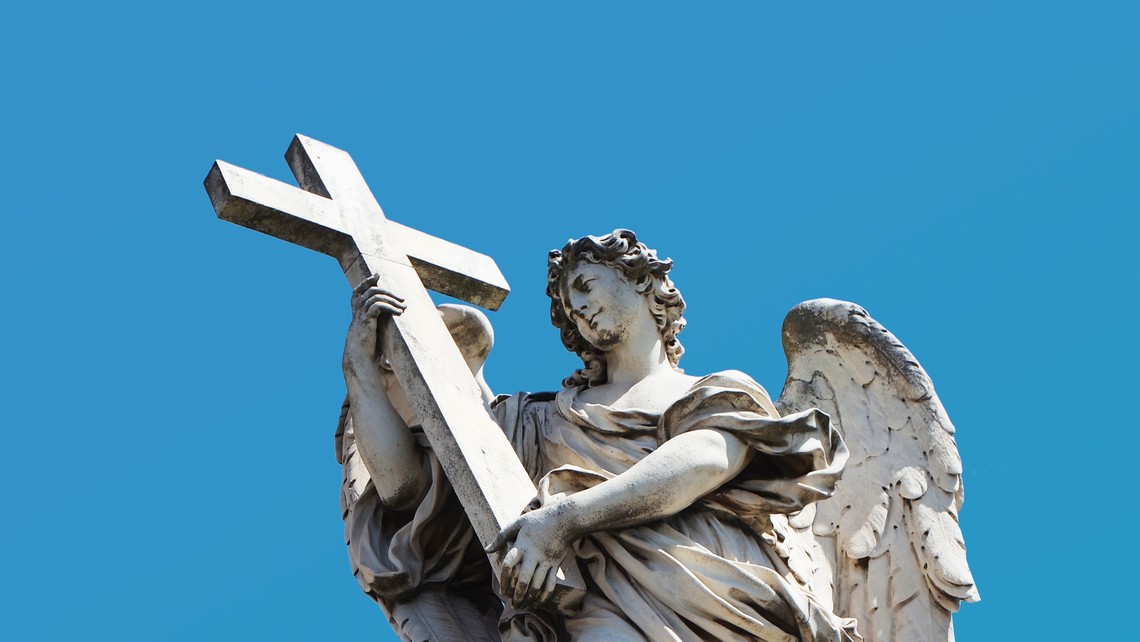 Ted Bundy was one of the worst serial killers in history.  On the night of January 15, 1978, at 3:00 am, Bundy murdered two girls in the Chi Omega sorority house at Florida State University – he entered the third room, but fled when he saw a girl clutching a rosary in her hands.  Later the girl explained that she had promised her grandmother to pray the rosary every night when she went to bed, even if she fell asleep while praying.  Years later, when Bundy was awaiting his execution, he asked for a priest. The priest, Fr. Esper, asked him what happened that night. Bundy said he intended to murder the girl, but “some mysterious power prevented him.”

Praying the Rosary led to healing for Servant of God Fr. Patrick Peyton, who became known as the Rosary Priest. In 1938, after he had immigrated to the United States from Ireland but before he was ordained, he became very ill and was diagnosed with advanced Tuberculosis, which was incurable at the time. After his sister suggested that he pray to Blessed Mother for her intercession, he consecrated himself to Mary and began devoutly praying the Rosary. To the astonishment of his doctors, he was completely and miraculously cured, and he promised Blessed Mother that he would spend his life promoting the Rosary.

The popular priest, who coined the phrase “the family that prays together stays together,” encouraged many to pray the Rosary. He was one of the pioneering television evangelists who used the medium to further God’s Kingdom. In 1992, he passed away peacefully with a rosary in his hands, and he’s now being considered for sainthood.

"I was on peritoneal dialysis every night for 9 hours during a period of 4 years minus a month. Thanks to three possible donors,... END_OF_DOCUMENT_TOKEN_TO_BE_REPLACED

Conversion of a Satanic Priest:

Bartolo Longo, born in Naples in 1841, drifted so far away from God and his religious upbringing that he eventually became a satanic priest.... END_OF_DOCUMENT_TOKEN_TO_BE_REPLACED

Protection in the Midst of Nuclear Warfare:

When the atomic bomb was dropped on Hiroshima, Japan in 1945, it brought about utter destruction, except for one home, which was within a... END_OF_DOCUMENT_TOKEN_TO_BE_REPLACED